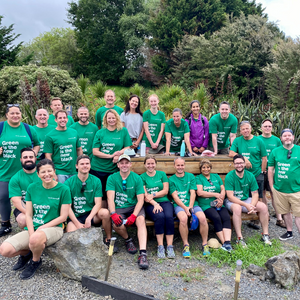 At the height of the pandemic, Air New Zealand was forced to slash international routes, park an entire fleet of jet aircraft, and lay off thousands of staff. At its lowest point, the airline’s international network collapsed from approximately 600 international flights per week to effectively none, with its domestic network sinking to less than 5% compared to pre-Covid levels.

As part of Air New Zealand’s response, a cross-functional team conducted a comprehensive review of the airline’s contestable spend base. The result was ‘Project Rongoā’, which was initiated in March 2020 with clear objectives to preserve cash, reduce cost, and manage supplier risk to support operational continuity.

Significant short-term and long-term benefits were achieved. These included:

·  mitigation of contractual repercussions due to sudden decreased operations,

This digital transformation project is one of the few strategic investments that has remained green lit by the airline. In fact, the level of investment has only increased. The reason it continues to be an executive priority is in no small part a result of the invaluable lessons learned by the team over the last 12 months.

Return to the winners page